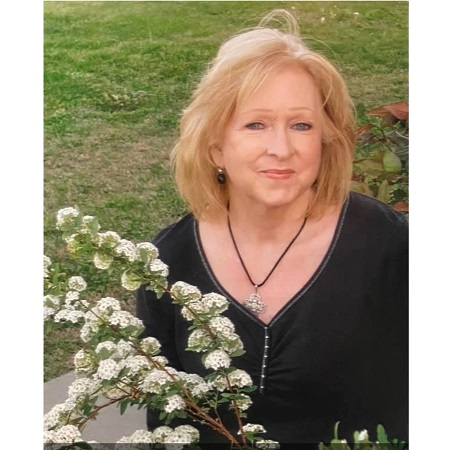 Peggy Sue Owens Franklin, age 76, passed away July 3, 2021 at her home in Ladonia.  She was born to Cleveland McMillan Owens and Anna Lee Montgomery Owens on June 21, 1945 in Commerce.

Peggy was raised and attended school in Ladonia with her twin brother Michael and big brother Billy Don. Ladonia and Pecan Gap school districts consolidated in 1960, and Peggy graduated as a Fannindel Falcon with the class of 1963. After graduating, she worked as a switchboard operator for Gulf States United Telephone Company until she married her high school sweetheart, Doug Franklin, in 1965. After that, all her time and attention were focused on supporting Doug in his many work and community endeavors, managing their busy household, and raising their two sons, Scott and Shaun. She later became MiMi to her many grandchildren and was the chief babysitter and provider of after school care for all of them. Everyone who visited their gracious home was amazed at how beautifully decorated and maintained it was, inside and out, despite the many children who were a constant presence.

Peggy was a lifelong member of the First United Methodist Church of Ladonia and was also a member of United Methodist Women. She was a key organizer and hostess of the annual Lord’s Acre dinner and auction. She served on the Ladonia Beautification Committee and was the secretary/treasurer for the Center Point Cemetery Association for many years. She enjoyed gardening and photography, and took thousands of photographs of her children and grandchildren over the years.

She is survived by her son Scott and wife Cynthia of Pecan Gap, Texas; son Shaun and wife Michelle of Greenville, Texas; and sister-in-law Janice and husband Kelly Connell of Pecan Gap. She is also survived by her 10 grandchildren: Tyler, Katie, Christopher, Brendan, Lyndsey, Payton, Jace, Brinkley, Luke, and Andrea and two great-granddaughters, Kambrie and Fallon, as well as nephews Jeromy, Michael, and Billy and nieces Kacey and Shelley.

She was preceded in death by her husband Doug, her parents, brothers Billy Don Owens and twin Michael Hugh Owens and niece Elisa Owens.

The family would like to give a special thanks to her at-home caretakers: Debra Thompson, Crystal Daniels, and Stella Rogers, as well as the caring staff from Kindred Hospice.

Visitation will be from 6:00 to 8:00 P.M. Wednesday, July 7, 2021 at Owens Funeral Chapel in Wolfe City.  The funeral will be conducted by Reverend Mark Bradley at 10:00 A.M. Thursday, July 8, 2021 at First United Methodist Church of Ladonia (301 TX-34 aka 301 W. Bonham in Ladonia).  Her grandchildren will serve as pallbearers: Tyler Franklin, Chris Franklin, Brendan Morrow, Payton Franklin, Jace Franklin, and Xavier Brown.  Interment will follow at Center Point Cemetery just outside of Ladonia.