Private service for family only 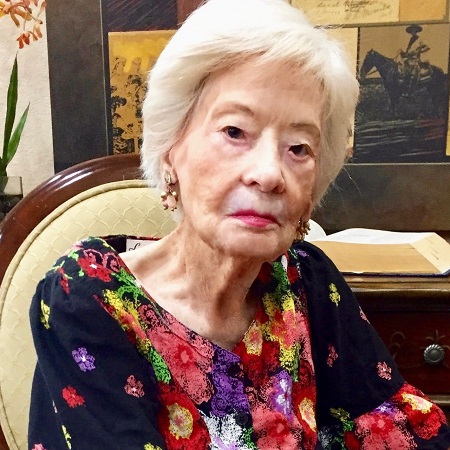 Theda Nell Harrell of Rockwall, 99 years of age passed away peacefully on July 14, 2020.  She was a member of the Greatest Generation.

Theda was born February 18, 1921, in Wolfe City, TX to Robert E. and Bessie E. Roddy.  She graduated from Wolfe City High School in 1939, Theda married Woodrow (Woody) Wilson Harrell in 1940.  The two enjoyed a blessed 71 years of marriage.  She took great pride in her role as a devoted wife, a loving mother, grandmother and great-grandmother. Nothing pleased her more than having her family around her.

Early in their marriage, Theda supported the (WWII) war effort as a defense worker while husband Woody served as an Army Engineer during the Pacific Campaign.  After her children entered school; Theda worked in retail sales and later operated a fabric store on the downtown square in Rockwall. There, she further honed her skills as an accomplished seamstress and award-winning quilt maker.  Later in life, Theda attended Eastfield College and then enjoyed many years working in the Rockwall Independent School District

Theda was preceded in death by her husband Woody in 2011 sisters, Katherine Roddy, Helen Roddy-Gatlin and husband Otis Gatlin, brother, Roy Bill Roddy, and daughter, Terrye Elaine Harrell.  Theda is survived by her brother, James (Gene) Roddy and wife, Betty Roddy of Greenville, TX; her sister-in-law, Elaine Roddy of Gladewater, TX; her children, Linda Lee Parks and husband, Wayne of Waco, and Steven R. Harrell and wife, Roberta of Rockwall; her grandsons, Gregory M. Parks and wife Paula, and Harrison L. Parks and wife Jane, both of Waco, Grant E. Harrell and wife Cheri’ of Rockwall, and Austin C. Harrell of Westlake Village, CA.  She is survived by six great-grandchildren.

Services and Visitation – A visitation for the public will be held at Owens Funeral Home in Wolfe City, TX on Thursday, July 16, 2020 from 9 a.m. until 4 p.m.  The public visitation will not be attended by immediate family members.  Services and the graveside ceremony are private.  The family regrets that due to the need for social distancing, a public service will not be held.

In lieu of flowers the family is requesting that donations in Theda’s memory be made to St. Jude Children’s Research Hospital, 501 St. Jude Place, Memphis, TN 38105.