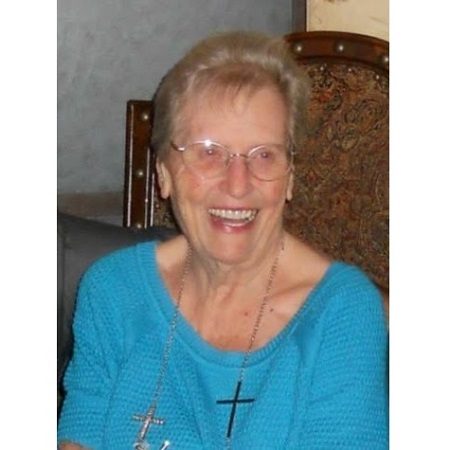 Dona Loanne Milton Summers, age 88, passed away at Evergreen Assisted Living in Dallas on January 18, 2020.  She was born to Frank and Lucille Milton on September 29, 1931 in Wolfe City, Texas.

Loanne married Glenn Edward Summers on January 13, 1950 in Dallas, Texas.  She graduated from Draughon School of Business in Dallas. She worked as a dispatcher for the American Automobile Association, and later as a dispatcher for the AARC on behalf of those with special needs.  She was a published poet and a prolific artist.  She loved nature, music, her dogs, and she could grow any plants.  Every place she lived, she improved the landscape by planting trees and taking care of the birds, especially the cardinals.

Loanne is survived by her three children: Donna Tallman of Red Oak, Texas; Frank Summers and his wife Dottie of West Tawakoni, Texas; and Jilanne Rife and her husband Ramon of Red Oak, Texas.  She is also survived by eight grandchildren: Kyle Tallman and his wife Ally; Summer Davison and her husband Rick; Garret Rife and his wife Karissa; Caleb Summers; Caitlin Summers; Brianne Rife and her husband Nasin Columbie; Marshall Rife and his wife Brooke; Trey Rife, and 8 great grandchildren with a ninth on the way. She also has one surviving sister and many other family members and friends, that include her nieces, nephews and cousins. She was preceded in death by her ex-husband, her parents, one granddaughter and one great granddaughter.