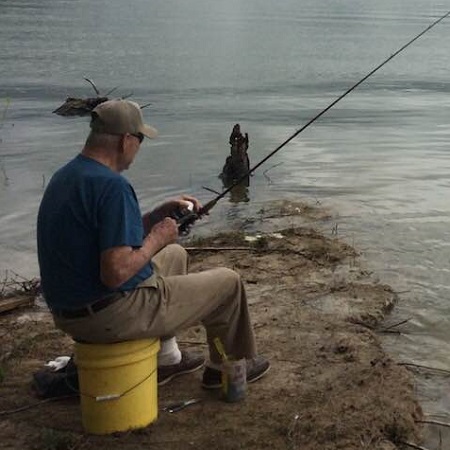 Prentice Ray (Penny) McKay, formerly of Wolfe City, passed away at his home in Quinlan, May 21, 2019.  He was born January 12, 1938 to Charlie and Eula Ray Woodruff McKay in Wolfe City.

Penny graduated from Wolfe City High School.  He married the love of his life, Helen Charlene Tolleson May 21, 1955 in Wolfe City.  They attended Aberfoyle Baptist Church.

Penny worked for International Harvester in their parts depot for many years.  When he was not working or lavishing attention on his family, he spent as much time as he could fishing, occasionally taking a break to play golf.

He is survived by his son Tim and wife Amie McKay of Quinlan, his daughter Rhonda Jacobs of Quinlan, grandchildren: Cody, Casey, Joshua, Marlon and Lyndsey and numerous great-grandchildren, nieces, nephews, other family members and friends.

Penny was preceded in death by his parents, wife, one sister and his brothers.  Penny was the last member of his generation.

Penny made such an impression on his family with his presence and values, that Tim said, “He wishes he could be half the man his father was.”