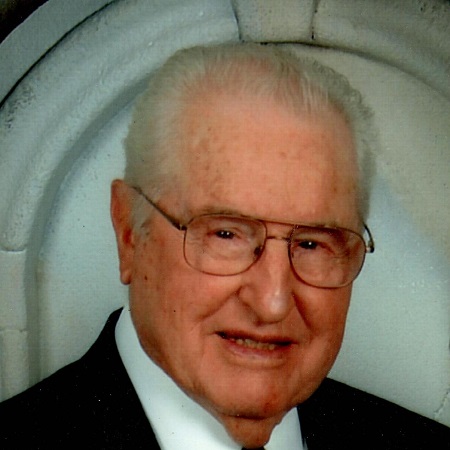 Reuben G Milton, longtime resident of Wolfe City, passed away Thursday, October 17, 2019 at Brookdale Willows Assisted Living in Sherman. He was born in the Aberfoyle community of Hunt County on February 27, 1920 to W.A.(Bill) Milton and Foy King Milton. He attended Aberfoyle schools and graduated from Wolfe City High School. He studied at East Texas State College (now Texas A&M Commerce) before being called into service with the Army Air Corp during WW II. Traveling as a school photographer with Hennington Studios, he met and married Frances Sharp on June 14, 1952. He owned and operated Milton Motors, the Ford dealership in Wolfe City from 1954 until 1970. He then resumed his photography career with Hennington Studios until retirement.

He was 32nd degree Mason, 50+ year member of Excelsior Lodge 505, and a member of the Scottish Rite. He was a long time member of the West Main Church of Christ in Wolfe City.

His wife’s declining health prompted a move to Greenville in 2010 and subsequently to Longview where she preceded him in death in 2015. In 2018 he moved to Sherman to be closer to family.

He was also preceded in death by his parents and one brother: Johnnie Lee.