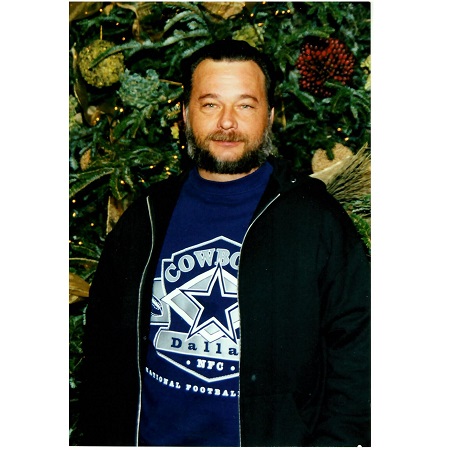 Russell Dale Spearman, 64, of Commerce, passed away Monday, December 20, 2021, at the Oak Manor Nursing and Rehab in Commerce. His service will be Monday, December 27, 2021, at Owens Funeral Home Chapel at 2:00 P.M. with Samuel Glenn officiating. Visitation will be at 1:00 P.M. before the service. Burial will follow at the Mt. Carmel Cemetery in Wolfe City.

Russell was born August 25, 1957, to Herbert “Dean” and Betty Lou Stanford Spearman in Dallas. He married Glenda Holman on June 10, 1991, in Bonham. He was a member of the Calvary Baptist Church.

Russell graduated from Plano High School. He enjoyed fishing, hunting, collecting knives and tinkering with things. He was very meticulous about the yard and enjoyed watching his daughter, Beth, play softball.

He was preceded in death by his brother, Mike Spearman, his grandmother, Thelma Spearman and Nephew, Jeremy.