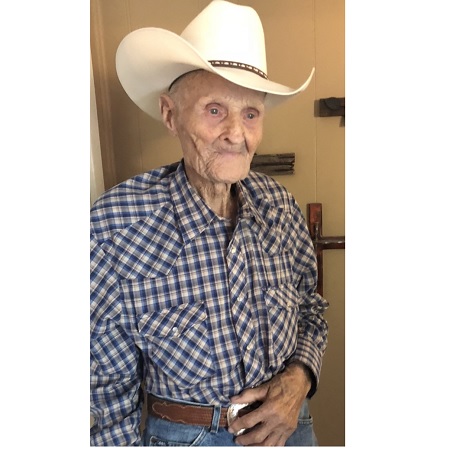 Webb Wilson Jr., 96, went to his heavenly home on August 7,2020 surrounded by family in his home. He was the widower of Crana Louise Wilson. They shared 62 years of life together.

Born on September 9th, 1923 in Wolfe City, TX, he was the son of Joel Webb and Mary Lease Wilson. He joined the United States Navy in 1943. When he returned home, he farmed, fenced and started a family. He enjoyed gardening, carpentry, playing cards, domino games and spending time with his children and grandchildren. He will be remembered for his devotion to God, his passion for planting a garden and his love for his wife and family.

He is survived by his children; Johnna Lou Ferguson and husband Steve of Longview, Sherry Nowlin and Jerry of Nine Mile Fall, Washington, Judy Cheney and husband Jack of Winnsboro, Robin Runnels and husband Jesse of Holly Lake, Vickie Worden and husband Lester of Cooper; 11 grandchildren, many great and great-great grandchildren, and a host of nieces and nephews.

He will be laid to rest in Mount Carmel Cemetery in Wolfe City, Texas.

In lieu of flowers, we ask that you take the time to plant a flower with your loved ones.

There will be an informal viewing Sunday afternoon at Owens Funeral Chapel in Wolfe City.